Meetings are held on the fourth Monday of every month at 6:30 p.m.

Founded on Feb. 12, 1909, the NAACP is the foremost, largest, and most widely recognized civil rights organization in the nation. Its more than half a million members and supporters throughout the United States and the world are premier advocates for civil rights in their communities, conducting voter mobilization and leading grassroots campaigns for equal opportunity.

At a meeting held Oct. 17-19, 1941, a plan for NAACP branches to work together was formulated in Florida, making it the first state conference in the association.

In the 1950s, the process of building more local branches began. Unfortunately, following the U.S. Supreme Court’s 1954 unanimous desegregation ruling Brown v. Board of Education, the Florida Legislature initiated actions against the NAACP and its growth in the state. The state conference of the NAACP was ordered by the state of Florida to disclose the names of its NAACP members.

The Orange County Branch NAACP was chartered on Oct. 13, 1942, and merged with the Apopka County Branch on April 14, 1969. It has continued to be a voice for the citizens of Orange County. The organization fights to improve the political, educational, social, and economic status of African Americans and other racial and ethnic minorities, and to eliminate racism and discrimination. It seeks legislation and policies that advance the programs and policies of the National NAACP and raises awareness of the adverse effects of discrimination.

An increase in civil rights activism during the 1960s took place across the South, including Florida, with sit-ins, protest marches, and other nonviolent actions throughout the state. The NAACP represented many of the protesters in court as cases stemming from protests, desegregation, and voting rights made their way through the legal system. The first Freedom Fund Banquet was held in 1974. In 1980, Florida hosted its first NAACP National Convention, the 71st annual event, in Miami.

The continued work of the NAACP has fostered equal and fair treatment of citizens through the tireless work of its branches and growing membership. Working to combat the forces that continue to deny voting rights, fair employment opportunities, desegregation efforts, and basic civil rights to all citizens by political and legal means has continued since the creation of those earlier branches and continues today in Florida.

The Orange County Branch completes the work of the NAACP through collaboration of our members in many committees, including: 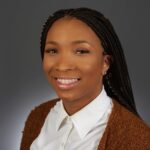 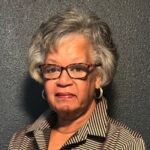